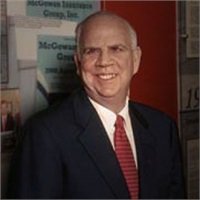 Meet Hugh B. McGowan. The Chairman of McGowan Insurance Group, Inc. His journey began after teaming up with his father and another assistant at the McGowan & Brosnan Agency in 1969. It’s a move that put McGowan Insurance Group on the track to success. McGowan has been owner of the agency since 1977. He has grown the company, along with his son, Hugh, with strategic planning, acquisitions, producer recruitment, and business development while providing guidance and support to local and national clients.

Hugh’s accomplishments have gained him local and national recognition. He’s member of both Independent Insurance Agents of Indiana and Central Indiana, serving as president for both boards, as well as chairing several committees. His dedication didn’t go unnoticed. He has received both their Agent of the Year and Public Image Awards. Adding to his resume, McGowan has also been active on both the national and local levels of the Society of Chartered Property Casualty Underwriters, serving as President of both the Central Indiana and National CPCU Societies. He was honored with their Achievement Award.

A graduate of the University of Notre Dame, Hugh is past President of the Indianapolis Alumni Association and was presented their “Award of the Year.” Mr. McGowan was named a “Sagamore of the Wabash” by the governor, served as President and board member of the local CYO, and is a member of both the Indiana and Indianapolis Chambers of Commerce.